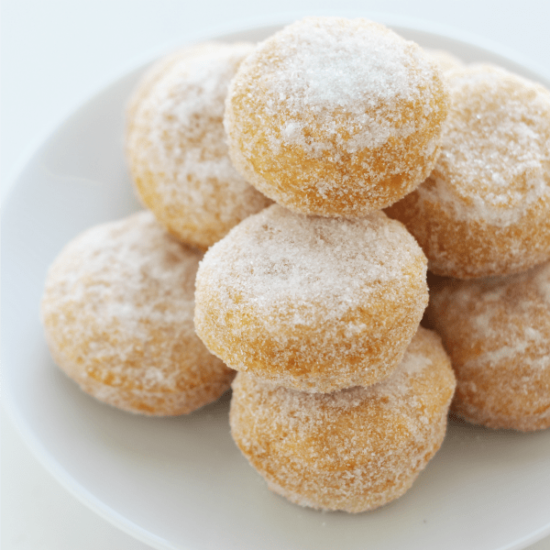 This Homemade Chinese Doughnut recipe is reminiscent of the ones you get from the Chinese buffet dessert table but made from scratch in less than 1 hour.

Taste: Sweet goodness. Since the doughnuts themselves aren't very sweet, the sugar coating isn't too cloying, promise! Texture: Perfect crunchy sugar coating and golden brown doughnut crust outside plus the tender and delicate inside is pure texture heaven. Ease: Homemade doughnuts in less than 1 hour?! You will make a bit of a mess but this recipe is otherwise super simple. Appearance: I love anything coated in sugar, it just sparkles and screams "eat me!" Pros: Quick, homemade, and delicious copycat recipe. Will totally satisfy your craving for those Chinese buffet-style doughnuts without actually having to step foot into a buffet. Cons: Very rich and indulgent. Would I make this again? Mmmhmm. 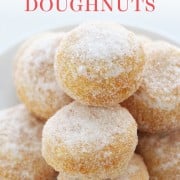 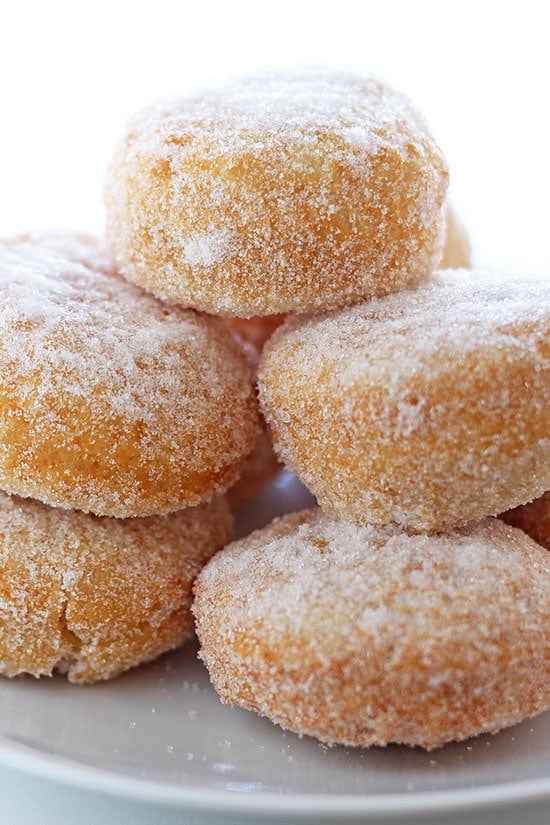 My grandpa, my dad’s dad, LOVED Chinese buffets. I could never understand why whenever we tried to organize a family dinner his first choice, and subsequently the place we ended up at, was almost always a Chinese buffet. Even for special occasions! Whether it was the food or the senior citizen discount he received, I will never know. Sadly he lost his battle to leukemia January 1st 2015, which was a rough start to the year for us. Those little things about him, like the fact that he loved Chinese buffets or that he was the only person to still call me “young lady” seem to stand out the most to me still.

Randomly last week I had a strong craving for Chinese doughnuts, the ones that seem to be in the dessert section of every Chinese-American buffet. I have no idea just how traditional or authentic these are to actual Chinese culture, but it was the only reason my brother and I were willing to make so many family trips to Chinese buffets as kids. We LOVED those damn doughnuts. Who wouldn’t? Fried balls of dough coated in sugar? It’s a kid’s dream, and apparently still my dream dessert to this day. So I decided to make them at home. 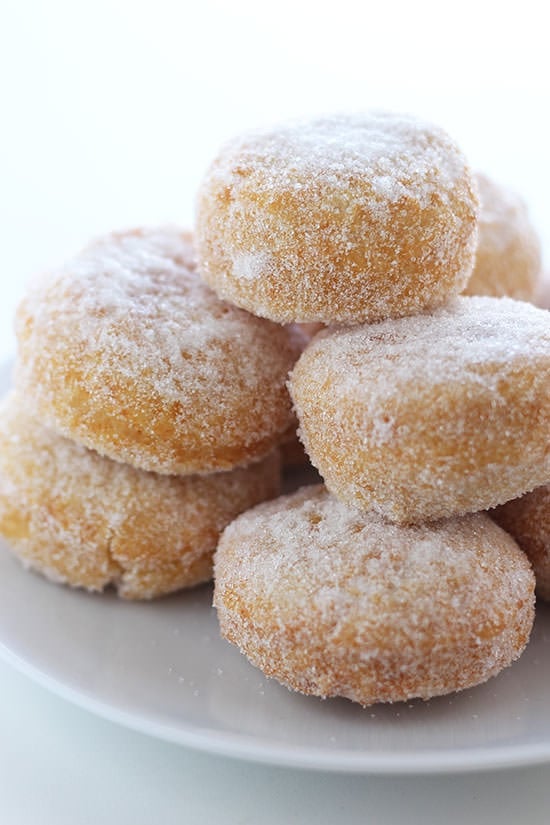 These doughnuts are ridiculously good. I mean, it’s just pure decadence so how could they not be incredible? Jared and I discovered a way to make them even more indulgent in the best possible fashion – they happen to taste fabulous with ice cream! This recipe basically takes a biscuit dough variation and deep fries them, finishing with a generous sugar coating. All the recipes I found online for homemade Chinese doughnuts used those premade refrigerated tubes of biscuit dough, but I wanted a homemade from scratch version and I’m thrilled with what I was able to come up with! The exterior crunch is marvelous, and the inside is soft, tender, and fluffy like a cross between a biscuit and a doughnut. I will say that the inside isn’t quite as light and fluffy like the buffet-style biscuits I remember, but it absolutely satisfies the craving nonetheless.

A quick recipe note, be sure the doughnuts are cooked all the way through before coating with the sugar. You can use a cake tester or toothpick to check. During my last little batch of frying doughnuts the oil had dropped in temperature without my noticing and those ones ended up a little doughy in the middle. 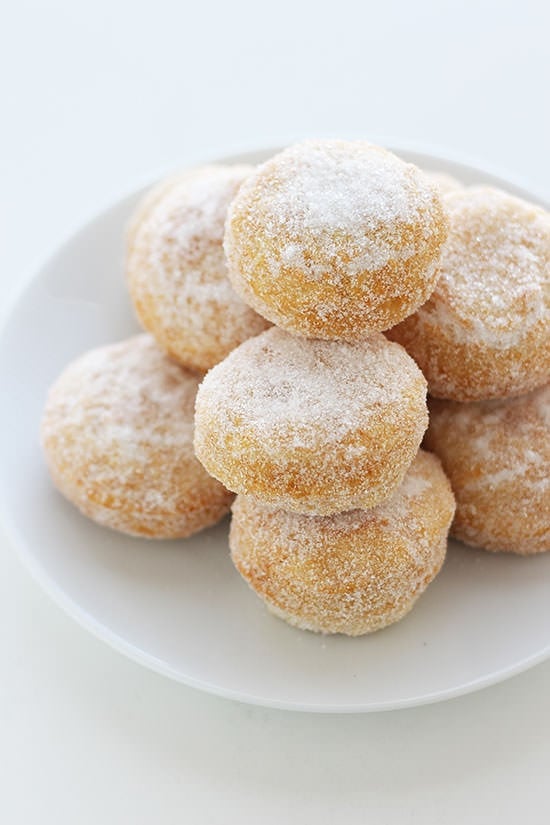 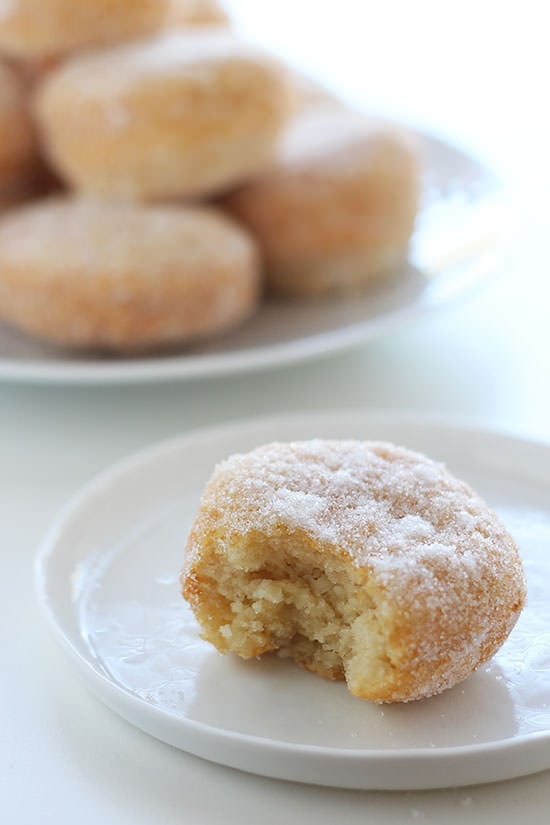 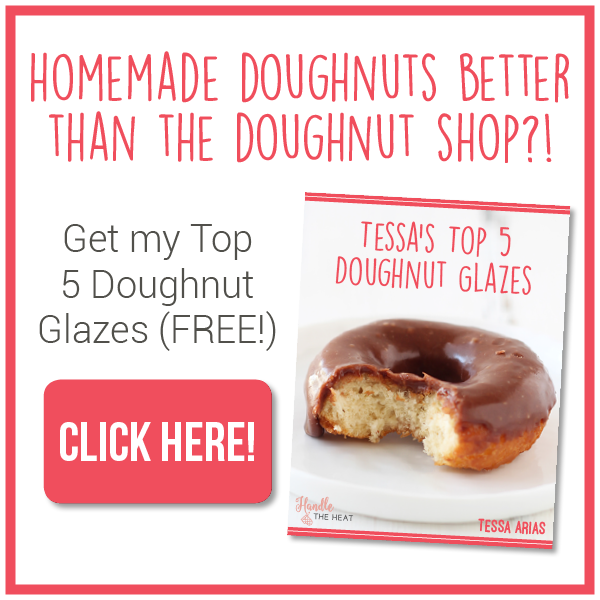 How to make
Homemade Chinese Doughnuts 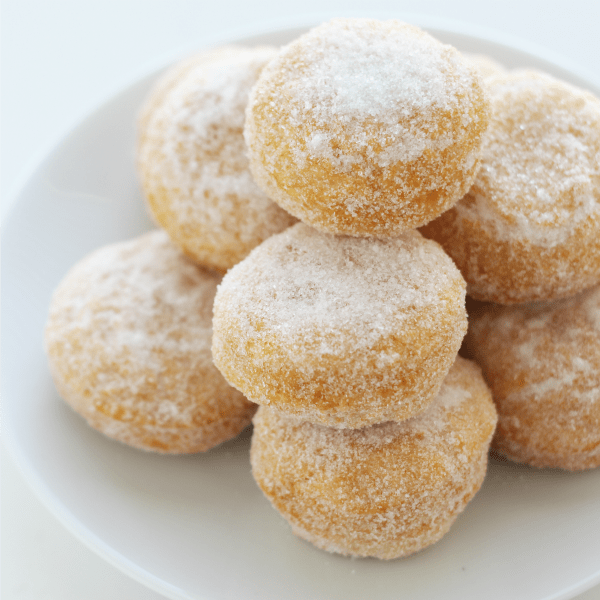 This Homemade Chinese Doughnut recipe is reminiscent of the ones you get from the Chinese buffet dessert table but made from scratch in less than 1 hour.