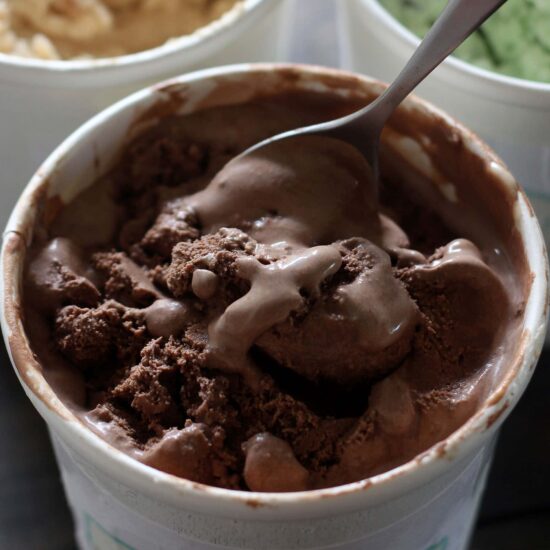 Filed Under: Dessert | How To | Ice Cream | Videos

How to Make Ice Cream Without a Machine 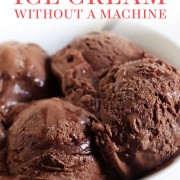 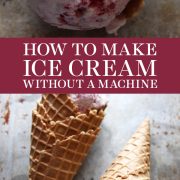 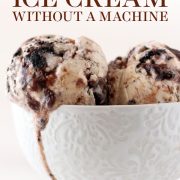 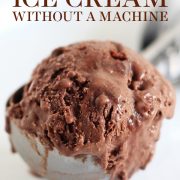 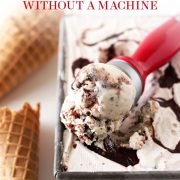 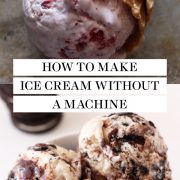 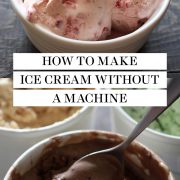 Oh man do I have a treat for you today! And not just in the form of a sweet recipe. I’ve been working extra hard to make this special post for you which is just jam-packed with awesome stuff. You’d think after writing an entire cookbook about ice cream I’d have nothing more to give on the subject – but that couldn’t be further from the truth! 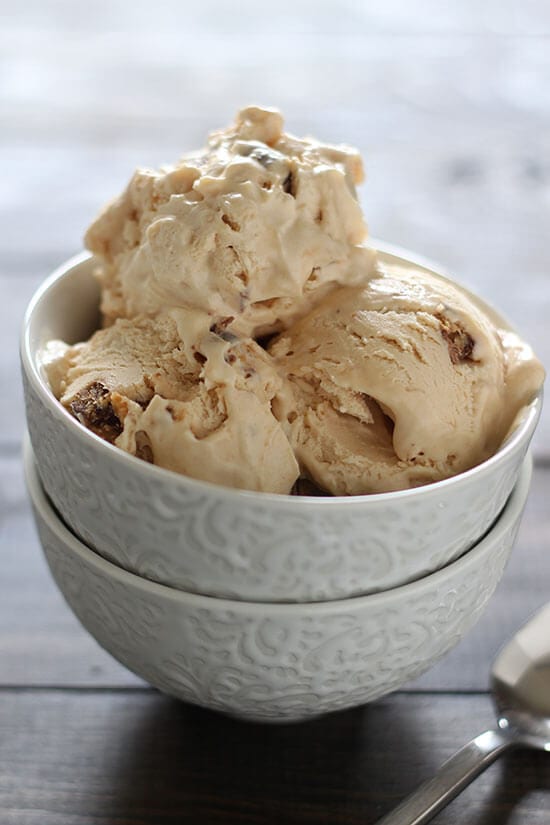 In this post I cover four different methods for making homemade no-churn ice cream. One method requires just two ingredients, and the others can be used with ANY recipe. You may remember one from science class! 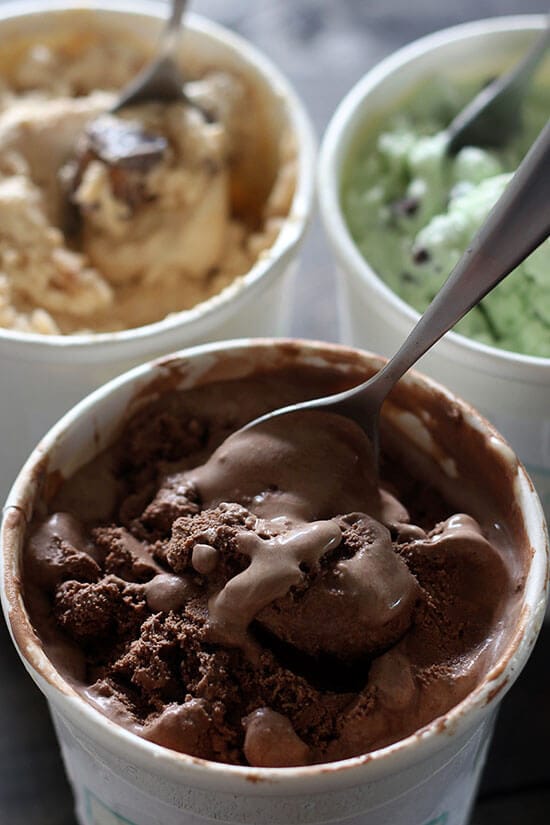 This can be a super fun DIY project or just a way to satisfy a frozen craving. Either way, I just adore using those classic white ice cream containers. It’s like making homemade Ben & Jerry’s. I got mine from Amazon, but I’ve also seen them at craft stores or speciality kitchen stores like Sur la Table. They’re pint sized, so since each recipes makes about 1 1/2 quarts a single batch will fill 3 of the containers. 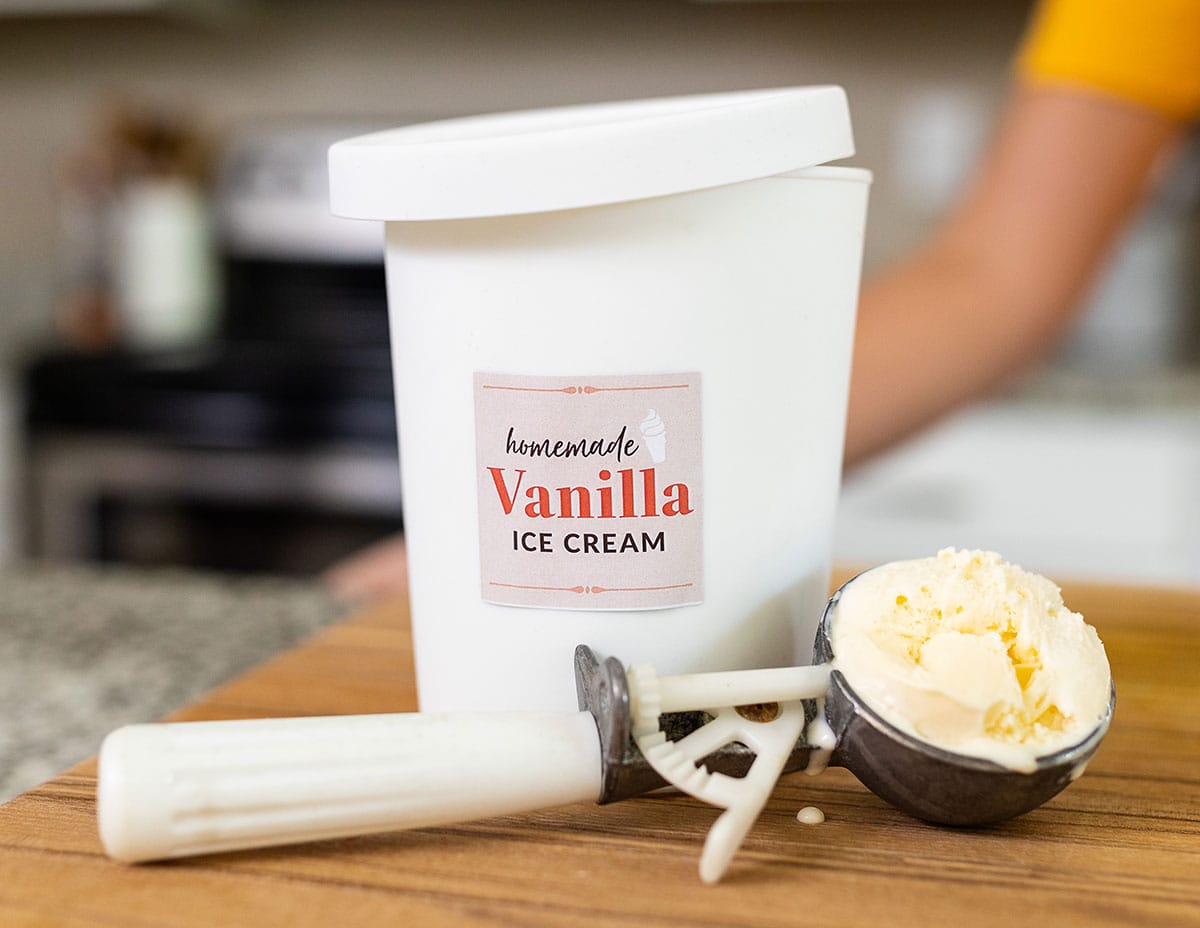 I like to divvy up a batch of the ice cream base and and make two or three different flavorings! I’m all about variety. Don’t forget to sign up for new recipes delivered to your inbox in order to get your hands on the free ice cream label printable! Click here to get the labels.

How to Make Ice Cream without an Ice Cream Machine

This method is its own recipe. Simply whip 2 cups of cream, by hand or with an electric mixer, until stiff peaks form. Slowly drizzle in a chilled can of sweetened condensed milk. Add your desired flavorings or mix-ins. Remove to an airtight container and freeze. It’s that simple!!

Note: some mix-ins may increase the amount of time the ice cream needs to freeze before serving. Also be sure to check out all my ice cream recipes for more inspiration and guidance!

Add 8 ounces softened cream cheese to the 2 ingredient method below. Use an electric mixer to beat with the condensed milk and vanilla before folding into the whipped cream as the recipe instructs.

1/2 – 1 cup caramel drizzled over the almost frozen mixture, stir to break up the ribbon a bit. Add a teaspoon of sea salt and/or a few tablespoons of bourbon for a gourmet touch!

Squeeze out all the air and seal tightly. Wrap the bag in a towel or put gloves on before shaking vigorously and massaging the bag, making sure the ice is surrounding the ice cream mixture constantly. Shake for about 5 to 8 minutes, or until the ice cream is frozen. The more vigorously you shake, the smoother your ice cream will be.

Place the unchurned ice cream recipe mixture in a deep stainless steel baking dish and freeze for 45 minutes. As it begins to freeze near the edges, remove it from the freezer and stir vigorously with a spatula. Return to the freezer.

Continue to check the mixture every 30 minutes, stirring vigorously as it’s freezing. If you have a hand held mixer or blender, use one of those. Repeat this process for 2 to 3 hours, or until frozen.

This is a new method that’s been added since this article and video were created in 2015.

Make any ice cream base according to the recipe directions. Instead of churning in an ice cream maker, pour into a ziptop bag, squeeze out all air, and seal. Freeze, lying flat, until solid.

Remove from freezer and break into chunks small enough to fit into the bowl of your food processor or a high-powered blender. Pulse until completely smooth. If adding mix-ins, either fold them in or pulse until desired consistency is reached, then pour into an airtight container. Cover and freeze until ready to serve.

How to make
Ice Cream without a Machine 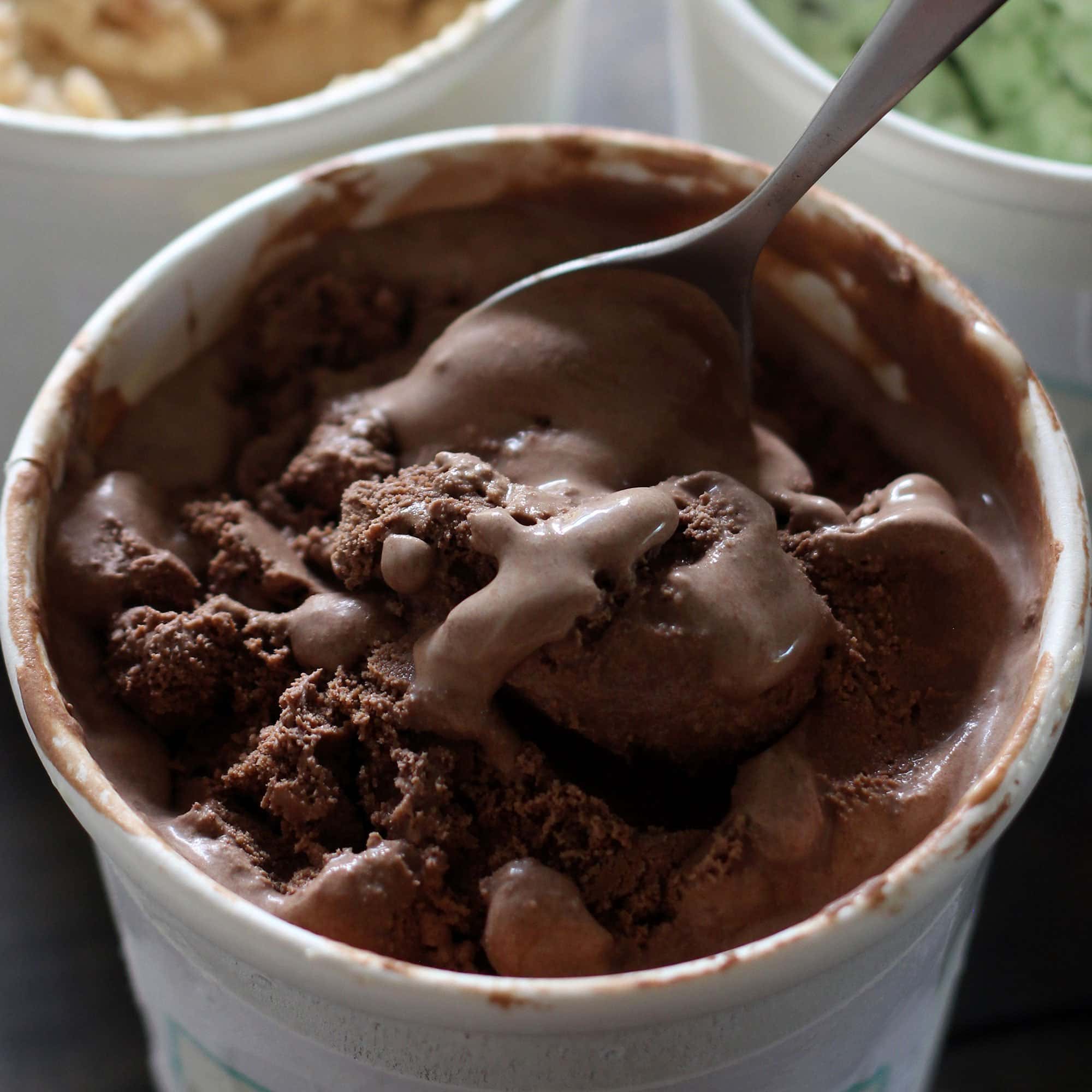 For the freeze & stir method:

If you want to use the last two methods with homemade custard-based ice cream, check out this video tutorial.
Course: Dessert
Cuisine: American