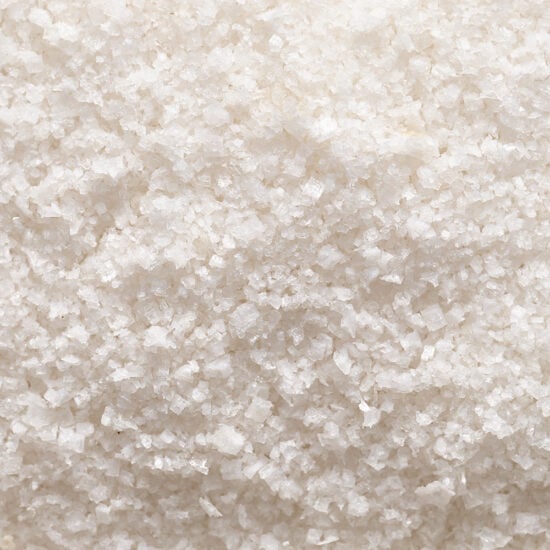 Diving into the differences between Kosher Salt vs. Sea Salt vs. Table Salt, explaining what salt is and how it’s made, and explaining if one type of salt is interchangeable for another! 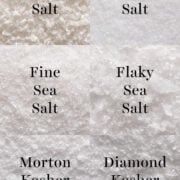 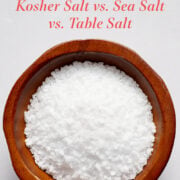 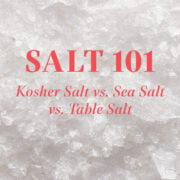 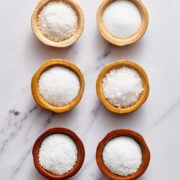 I have strong opinions on which salt to use in cooking or baking. It’s something I’m asked about often.

What is the difference between kosher salt vs. sea salt?

What about table salt?

What actually is salt?

So, I decided to dive into the whys and hows in this article.

Before you think salt is boring, I promise you’re going to want to read this through. Finding the right salt can be a game changer in the kitchen! 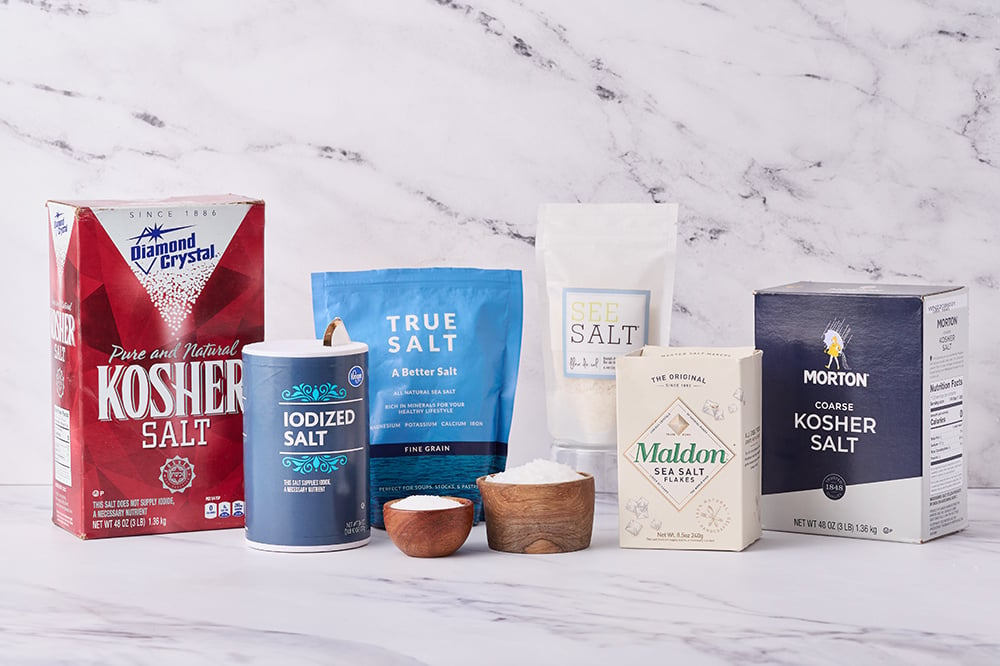 What does salt do?

Salt is a magical ingredient in both cooking and baking. Firstly, it’s one of the only ingredients you’ll find in virtually every single recipe anywhere you look. It’s a simple inorganic ingredient that also happens to be an essential nutrient. Additionally, it acts as one of our oldest and most powerful preservatives.

It is the most basic and essential seasoning, used to enhance the flavor of foods, namely sweet and sour flavors. Salt will actually suppress bitter flavors and highlight contrasting flavors, such as bitter and sweet (which is why salted caramel in particular is so delicious).

In baking, salt not only enhances flavors but can also perform other functions like strengthen the gluten structure in bread dough.

How is salt made?

All salt products are made by evaporating saltwater, whether that’s natural sea water or an artificial brine. Some are made by allowing the sun to evaporate sea water naturally, but many more are made through industrial manufacturing and mining processes. In fact, the majority of salt produced in the U.S. is mined (instead of coming from the sea).

The speed of the evaporation and whether or not it occurs in a closed or partially open container affects the formation of the size and shape of the salt crystals.

Refined salt is made by quick evaporation which leads to small, dense, and more uniform and granular salt crystals. Unrefined, natural, or minimally processed salt, on the other hand, involves a longer evaporation process resulting in light, hollow, and more uneven flakes. 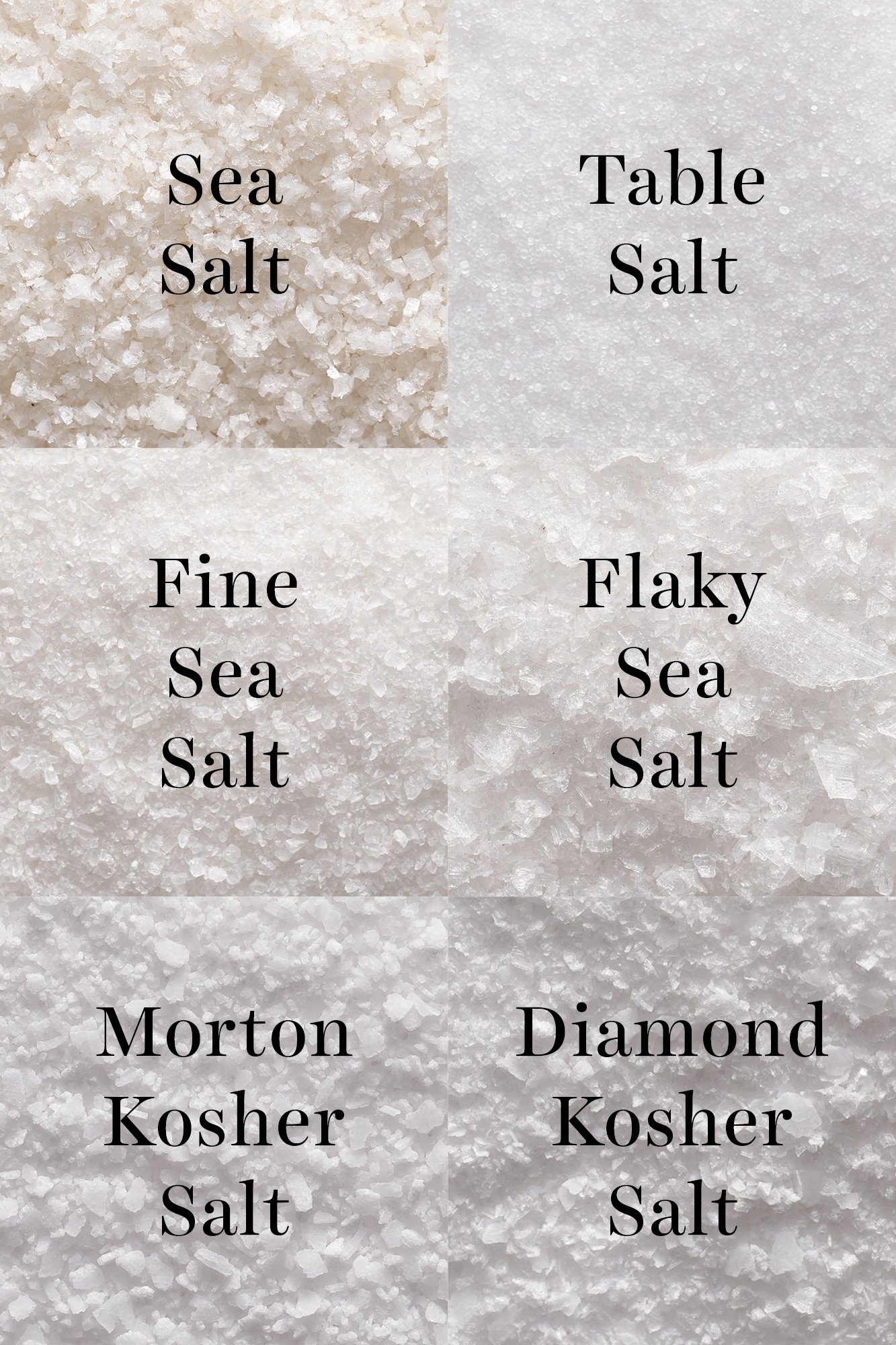 There are several types of salt on the market. Choosing and using the right one can make a world of difference in your cooking and baking.

Table salt typically has anti-caking ingredients to prevent clumping as well as iodine as a nutrition supplement. Iodine was first added in the 1920s, and in my opinion, it adds an unpleasant slightly metallic taste to everything. In fact, when iodized salt is dissolved in chlorinated tap water, it develops a seaweed-like iodine odor! Nowadays many people are able to get sufficient iodine from natural food sources such as seafood and dairy.

Personally, table salt is my least favorite of the salts. I haven’t used it in probably over 10 years and have no plans to use it anytime soon!

Just as it sounds, sea salt is what’s left behind when seawater evaporates. Some sea salt products, such as Maldon or fleur de sel, take up to 5 years to produce! The labor intensive and lengthy process of harvesting sea salt contributes to its higher price. 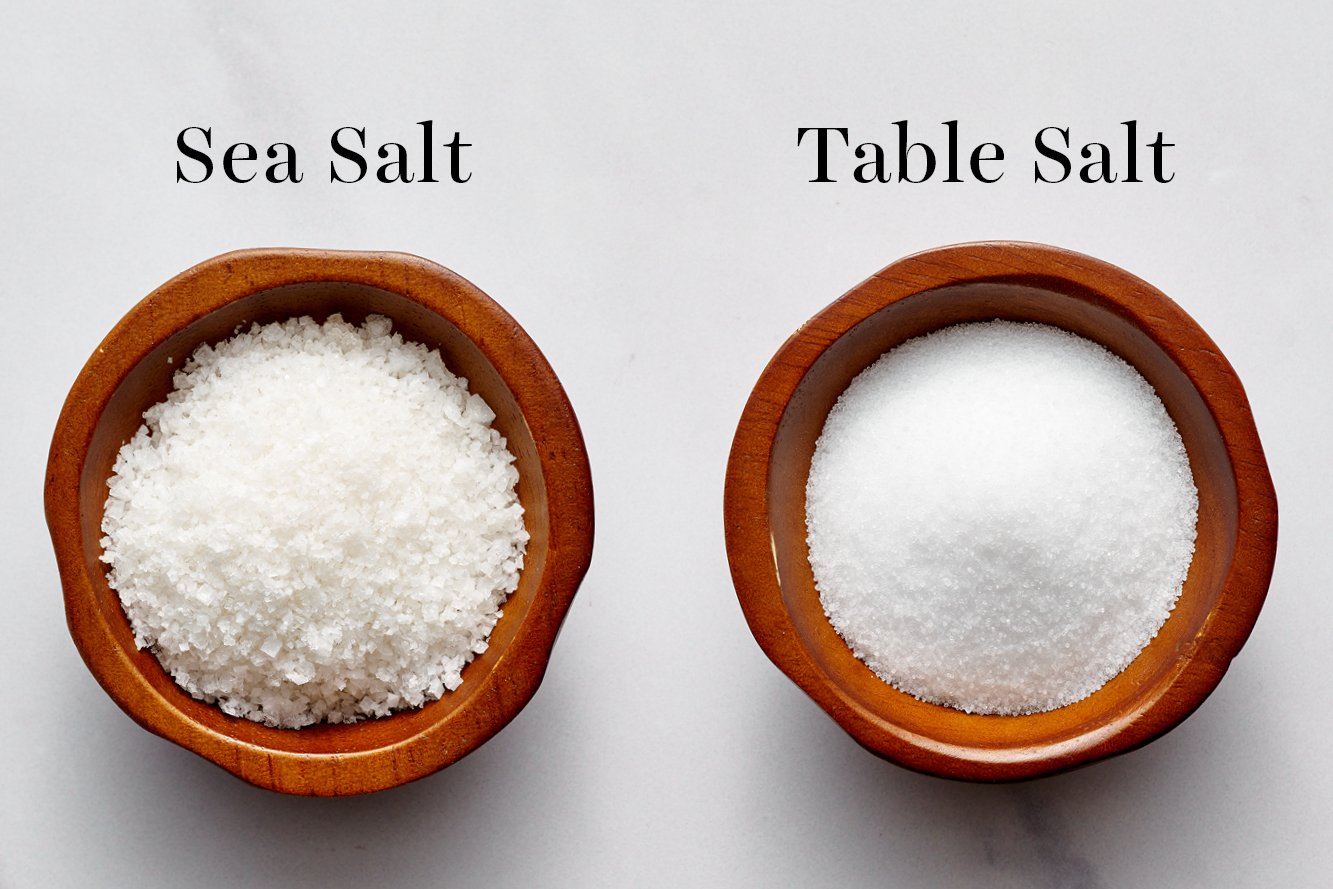 This is my go-to salt for baking. Whereas baking with some varieties of kosher salt can sometimes lead to bites that are way saltier than others, fine sea salt’s small grain size dissolves evenly and readily into batters and dough.

This is a more expensive option that is prized not just for its clean and pure taste but also for the thin and flaky shape of the salt crystals. Their shape makes them perfect for sprinkling as a finishing salt, such as on a tray of chocolate chip cookies fresh out of the oven. Or maybe caramel sauce on top of a scoop of ice cream. The salt crystals add a beautiful visual definition and slight crunch. 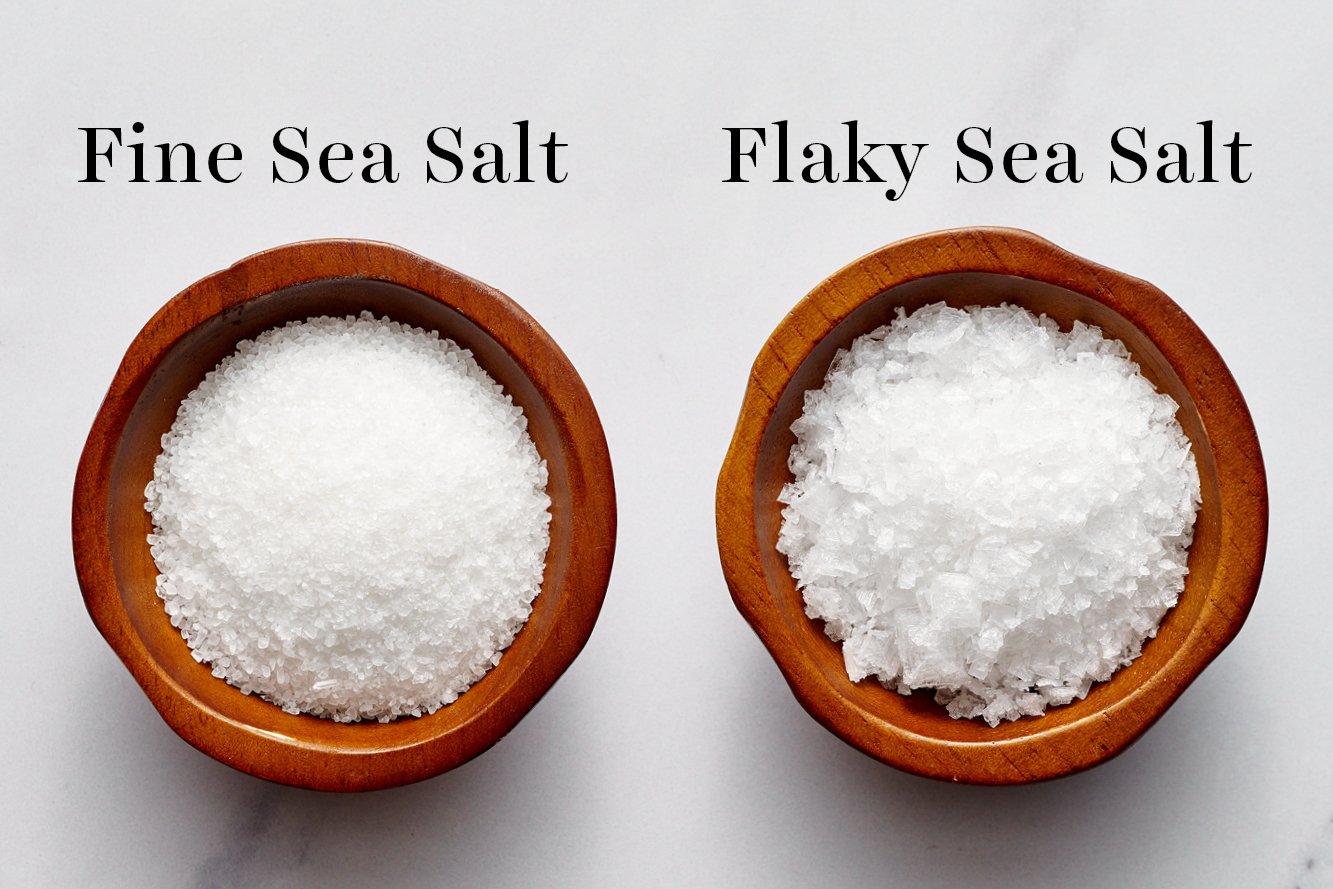 The term comes from the traditional Jewish process of “koshering,” or curing meats. Kosher salt is a purified rock salt with no iodine or other additives. This gives it a very pure, clean taste. Compare a teaspoon of kosher salt to table salt and you’ll observe an immediate visual difference in the size and shape of the granules. Kosher salt is made of larger, more irregular crystals.

But what’s more fascinating and often overlooked is that the two leading brands of kosher salt available in the U.S. are vastly different in shape, size, and saltiness from each other! 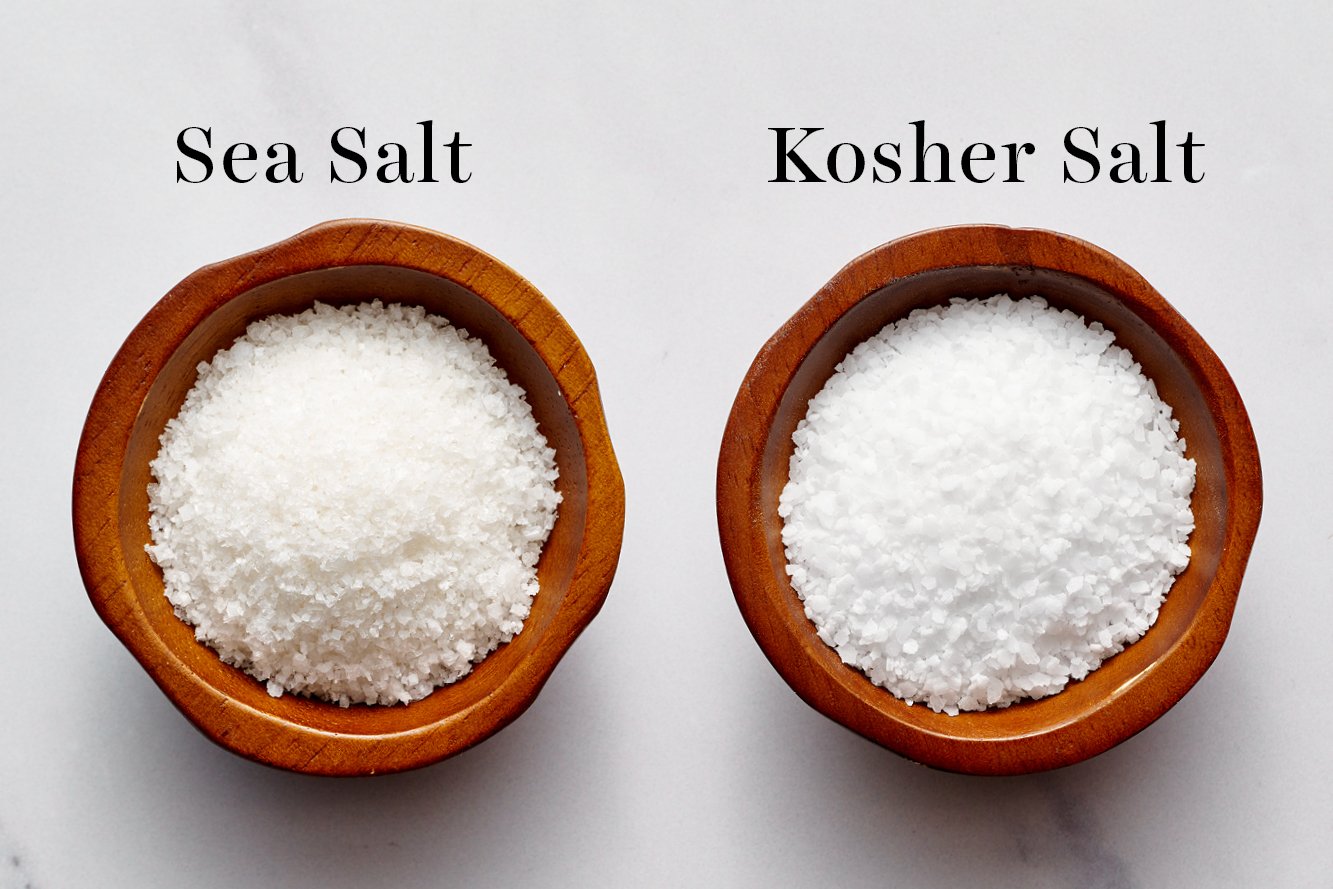 This salt is much denser and almost twice as salty by volume as Diamond Crystal! It’s made by rolling cubic crystals of vacuum-evaporated salt into thin, dense flakes. Because it takes longer to dissolve and is almost twice as salty, I avoid using this product because it’s all too easy to accidentally overseason your food. Or, to underseason because the salt crystals don’t adhere to your food!

This is my go-to salt for cooking. It is made by crystallizing an open container of brine to produce light, hollow flakes. Those flakes adhere to food wonderfully.

It’s also far less salty than Morton so it’s much less likely that you’ll overseason your food. In fact, 1 teaspoon of this salt contains fewer grains than 1 teaspoon of Morton salt because of the irregular size of its crystals. Think about filling a container with large rocks vs. with pebbles. More pebbles will fit than large rocks. The same goes for salt with varying size grains!

This salt is found in a red box and may be harder to locate in certain geographic regions. 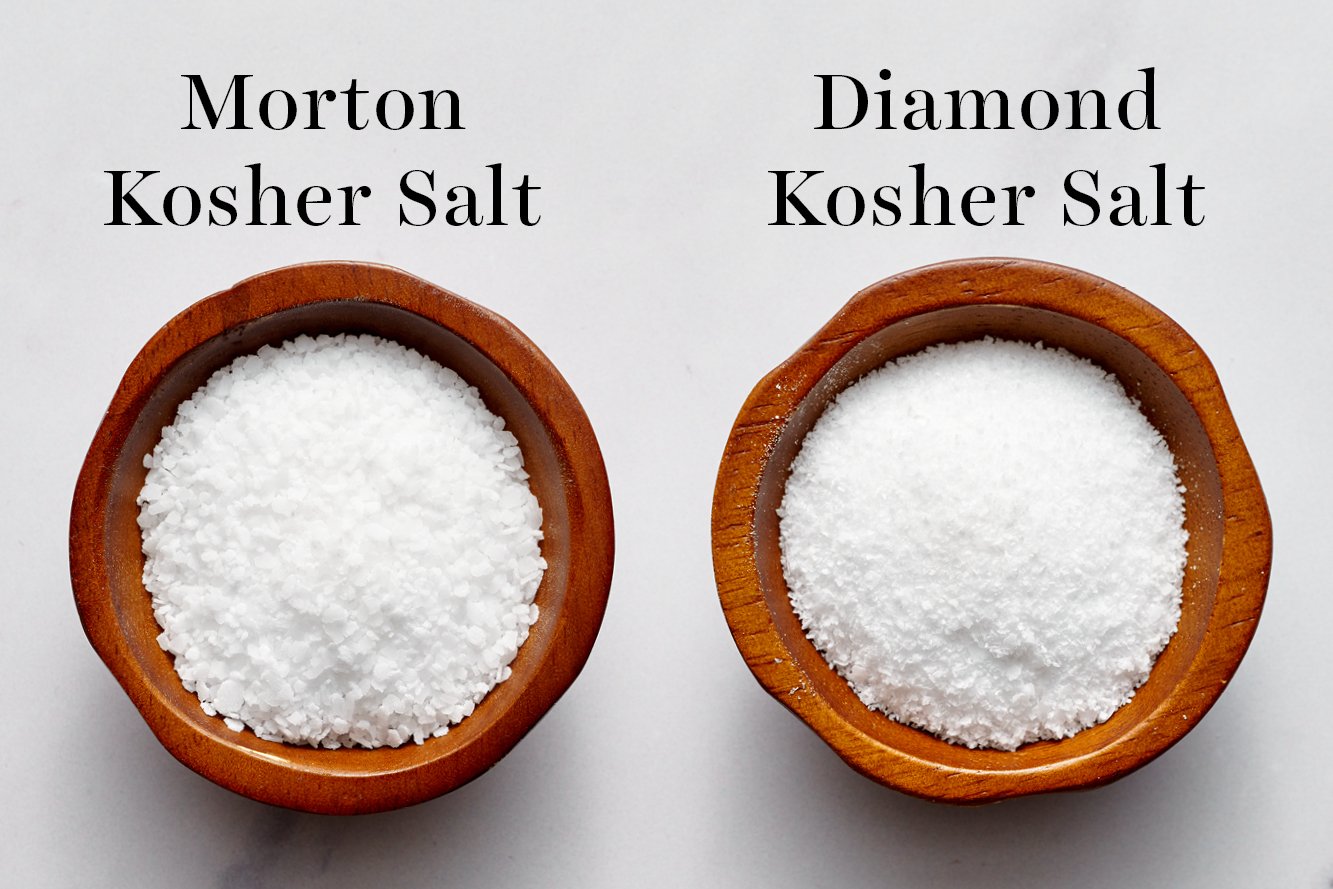 SALTS ARE NOT DIRECTLY INTERCHANGEABLE!

It’s important to know which kind of salt the author of the recipe you’re following used. As you can see, some brands and styles are much saltier or have a more coarse texture than others. Even if the author calls for ‘kosher salt,’ if they used Diamond Crystal Kosher Salt and you’ve only got Morton Kosher Salt on hand, using the same amount of salt called for in the recipe will likely overseason your food. 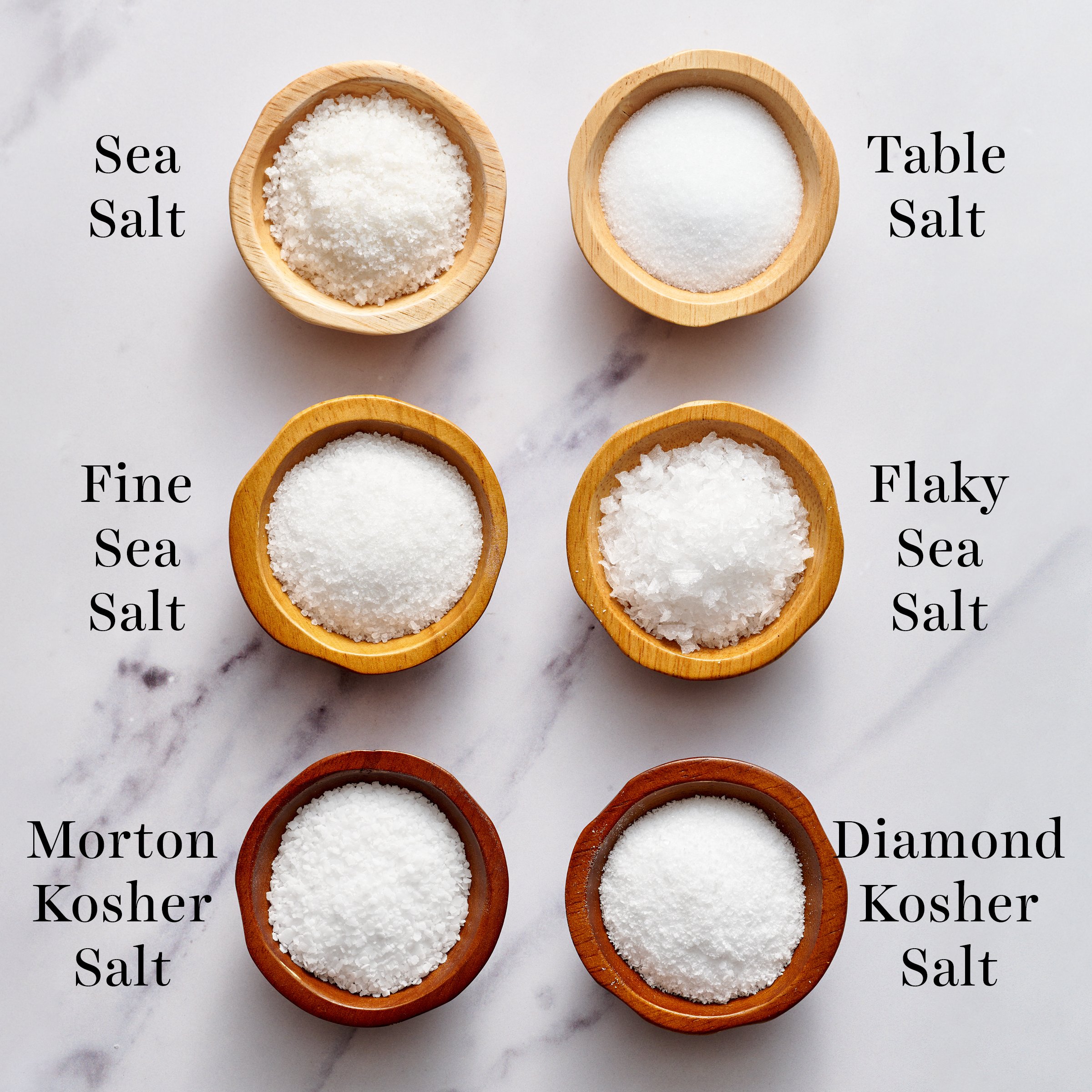 How Baking Works: Exploring the Fundamentals of Baking Science by Paula Figoni

On Food and Cooking: The Science and Lore of the Kitchen by Harold McGee