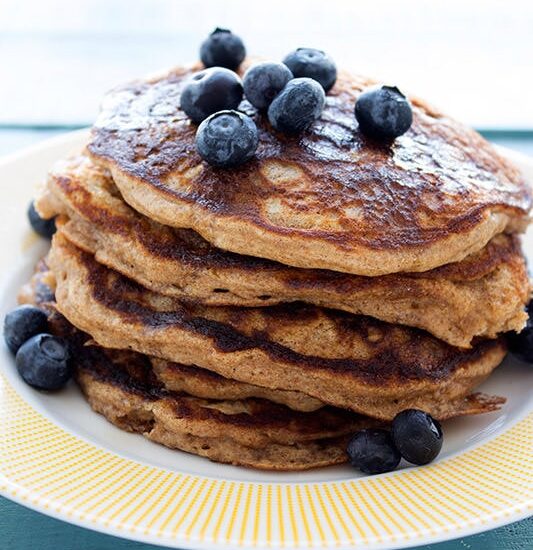 Taste: Sweet and nutty, I actually prefer whole wheat over regular pancakes because I think they have more flavor.
Texture: Light and fluffy with a slight crispness at the edges.
Ease: The batter comes together in no time – there is no need for Bisquick! I am still a terrible pancake flipper, though.
Appearance: Who doesn’t want a stack of pancakes drizzled in syrup and topped with berries?
Pros: Healthier twist on a favorite breakfast food.
Cons: None!
Would I make this again? Yes! 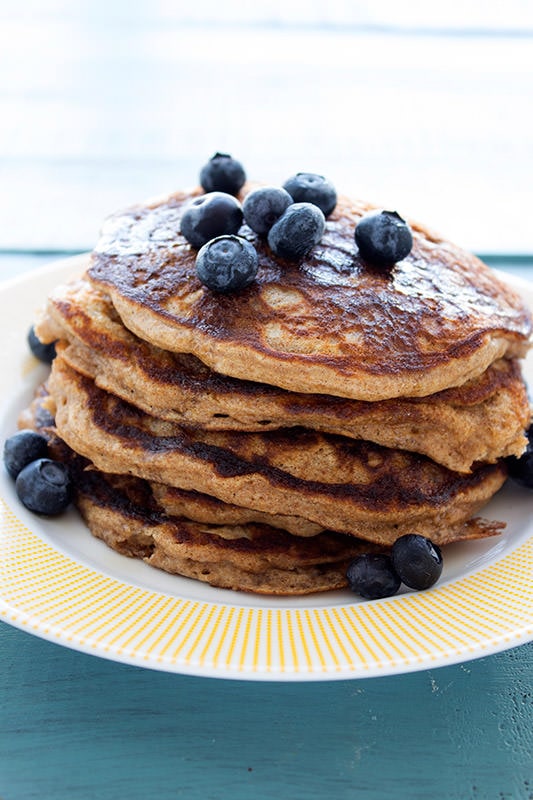 The other morning on the news I heard the anchors discussing Ke$ha and the recent story that she checked into rehab for an eating disorder. I also heard them talking about actress Lena Dunham’s recent Vogue cover Photoshop “controversy” (what printed images aren’t photoshopped these days). In both stories and across popular media there have been references to the idea of a “real woman.” A woman with “curves” who doesn’t have the thin “model-type” body. I find the term “real woman” incredibly disheartening and hurtful. In a failed attempt to empower women of sizes different from our current cultural ideal, this term only further segregates women based of their appearances. Instead of embracing individuality and personality, terms like “real woman” reduce us down to how we look instead of how we think, act, or feel. How is it that a woman who is thin is any less real than a woman with “curves?” It makes no sense and further perpetuates the cycle of body-shaming for women of all shapes and sizes. Refinery 29 published a piece about this exact issue that was such perfect timing, if you’re interested here is the link.

What do you think about the term “real woman?” How about the media’s tendency to draw so much attention to stories like Ke$ha’s rehab or Dunham’s photoshopped images? In trying to investigate these body and image-related issues is the media only further ingraining them into our collective consciousness?

On a lighter note, let’s talk about pancakes. These pancakes are as quick and delicious as any you might make from a box-mix, but much healthier, more filling, and more flavorful. Watch the video below to see how to make them! 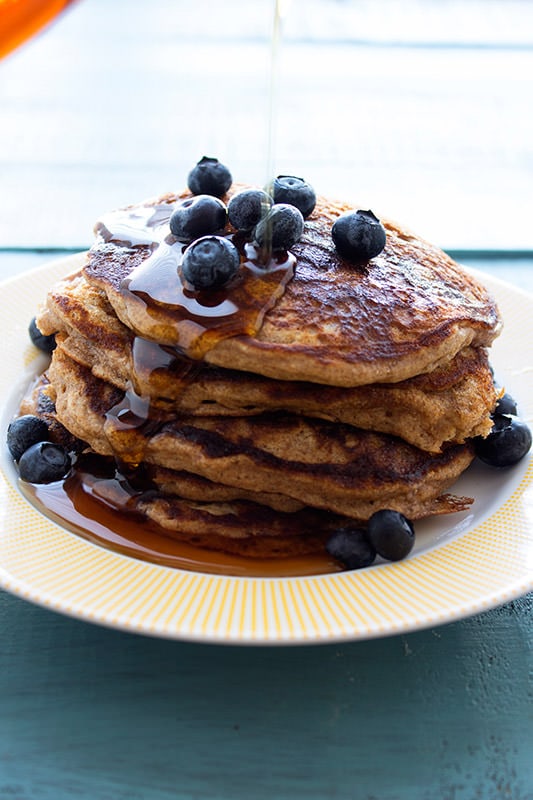 How to make
Whole Wheat Pancakes