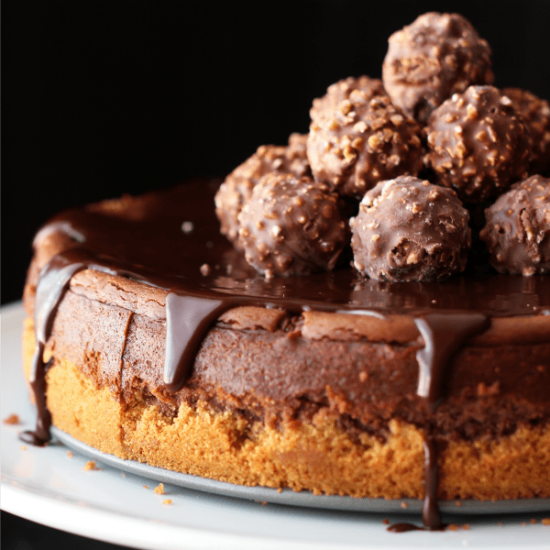 Nutella Cheesecake is the ultimate decadent dessert with tons of Nutella, a rich and fudgy chocolate ganache, and garnished with Ferrero Rocher candies! It's CRAZY good!!

Taste: The chocolate and hazelnut combination is one of the most scrumptious love stories in the world of desserts. I am utterly obsessed. Texture: Rich, creamy, and luscious, with a buttery crunchy graham cracker crust and a satisfying bite of Ferrero Rocher candies to top it off! Ease: Surprisingly easy, but you will make a bit of a mess. Appearance: If heaven ever sent a cheesecake to earth, it would look like this! Pros: Totally doable yet completely impressive, not to mention decadently delicious and can be made ahead of time! Cons: Diet killer. Yolo? Are people still using that word? Would I make this again? Next special occasion for a Nutella-lover! 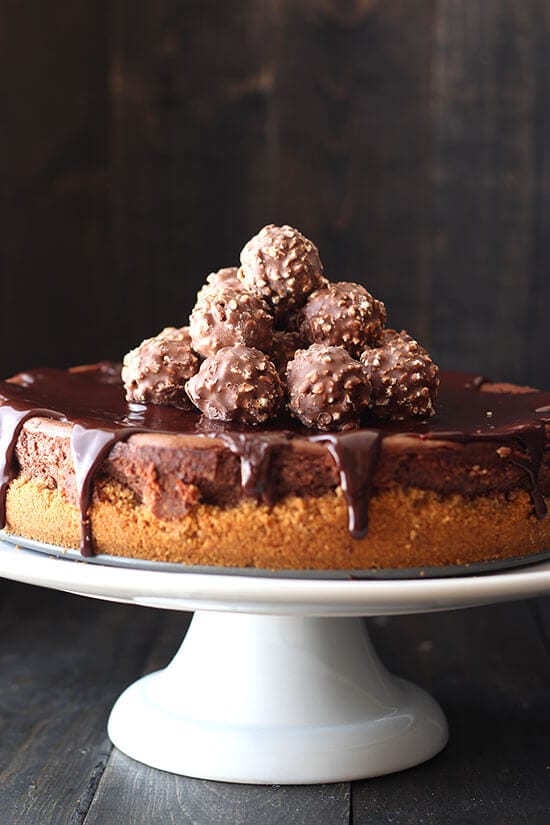 You are going to love to hate me for this ridiculously indulgent and totally divine Nutella Cheesecake recipe. Years ago I had shared a recipe for Nutella cheesecake that needed some updating. I took that recipe, which almost seems quaint in comparison now, and turned it up about a hundred notches. I increased the amount of Nutella in the cheesecake to a whopping 1 1/2 cups, added a rich and fudgy chocolate ganache on top, and finished it all with a generous pile Ferrero Rocher candies. It’s the least I could do to honor the passing of Pietro Ferrero, the heir and CEO of the company that gifted the world with Nutella.

-Make sure to use a high-quality springform pan for this recipe, no other pan will do!

-Since we are topping this cheesecake with a thick layer of ganache and with Ferrero Rocher candies, there’s no need to take the extra steps of using a water bath or letting the cheesecake cool in the oven. These prevent the cheesecake from developing cracks in it while baking and cooling, but cracks don’t matter much in this recipe!

-Do not overbake! If the cheesecake is still a bit jiggly after the baking time, that’s perfectly fine. It’s better to err on the side of underbaking than overbaking (remember, there are “no bake” cheesecakes) and the cheesecake will continue to bake after it’s removed from the oven due to the residual heat.

-Do not overmix! We do not want to add too much air into the cheesecake batter, which will lead to cracks (not a big deal here) or worse, will lead it to puffing up and even spilling over the edges. Beat the cream cheese as much as you need to in order to get rid of any lumps, but once you add the eggs beat just enough to combine, no more. 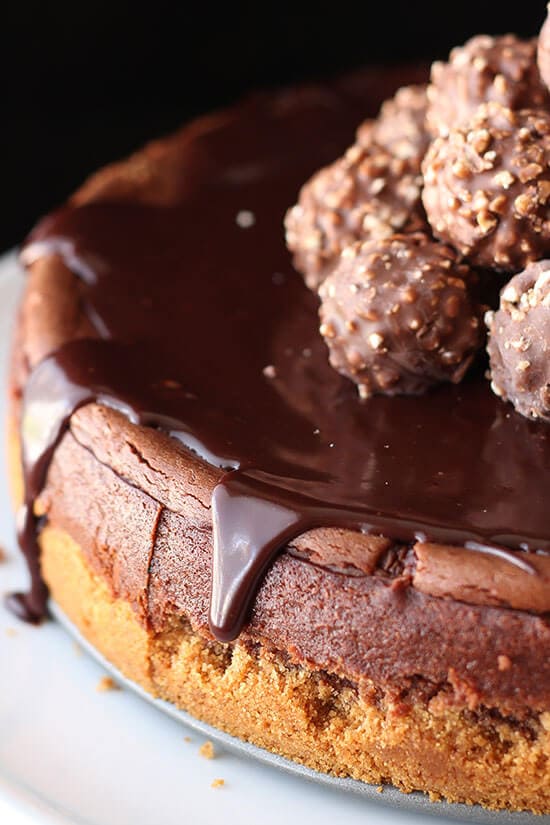 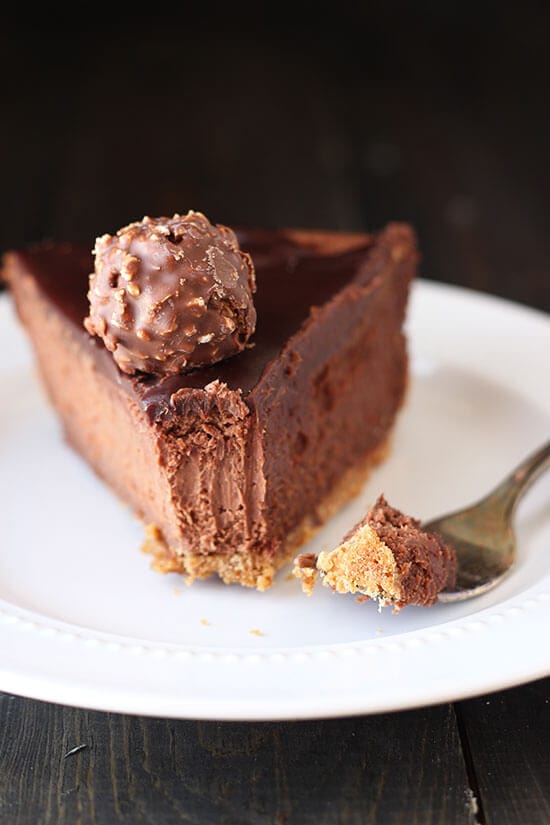 How to make
Nutella Cheesecake 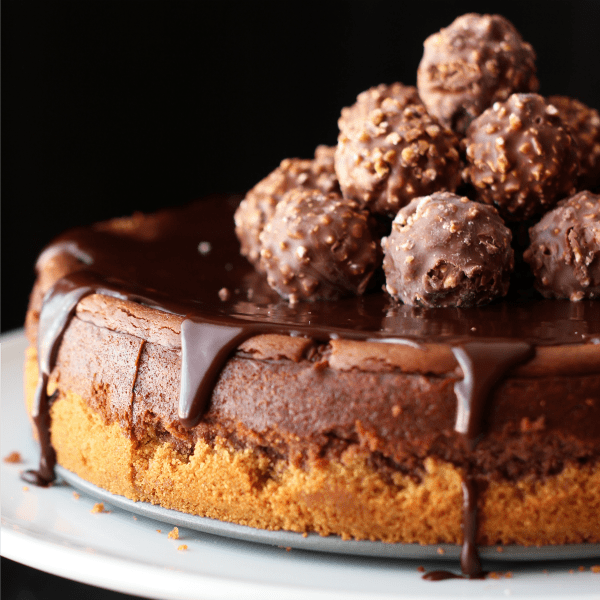 Nutella Cheesecake is the ultimate decadent dessert with tons of Nutella, a rich and fudgy chocolate ganache, and garnished with Ferrero Rocher candies! It's CRAZY good!!

For the cheesecake filling: