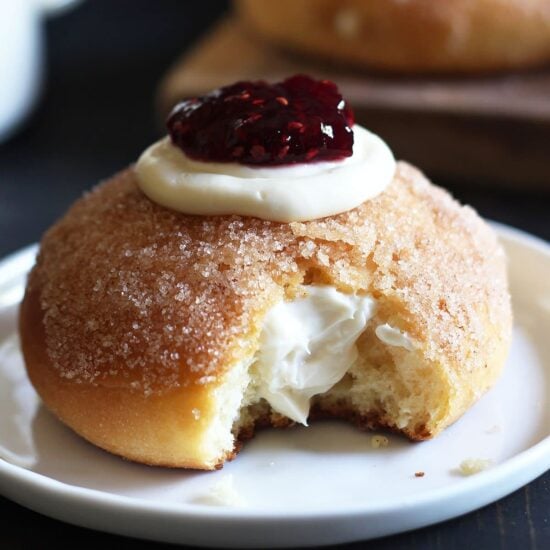 Taste: Like a classic cheesecake, but with a touch of cinnamon and in doughnut form! Mmm mmm. Texture: The doughnut is super light, fluffy, and tender while the cream cheese filling is thick, rich, and creamy. Ease: Easier than frying, but still requires a bit of patience since we're working with a yeast raised doughnut. Pros: Better than most doughnuts at the bakery counter. Cons: Makes a bit of a mess. Would I make this again? Oh yeah, though I might add some Nutella to the cream cheese next time! 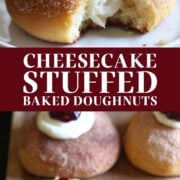 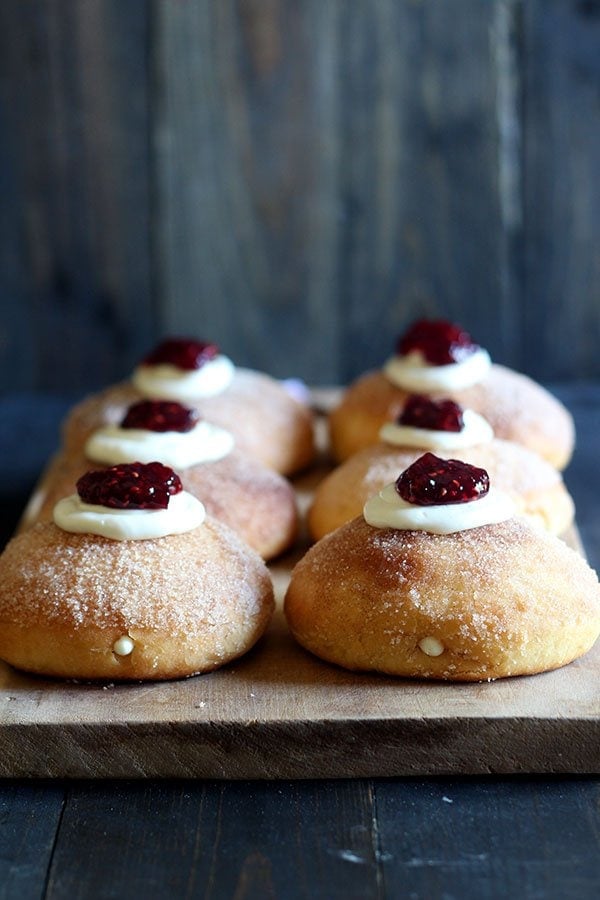 Which probably seems weird coming from a millennial who has had a cell phone within arm’s reach since age 14. But back then, you could only send like 50 texts a month and you had to type everything out on a number keypad. The texts you sent had to MATTER.

Now the texts we get are nonstop and endless. I feel like I constantly have 10 (often meaningless) conversations going at any given time and it makes it difficult to focus or be in the moment. 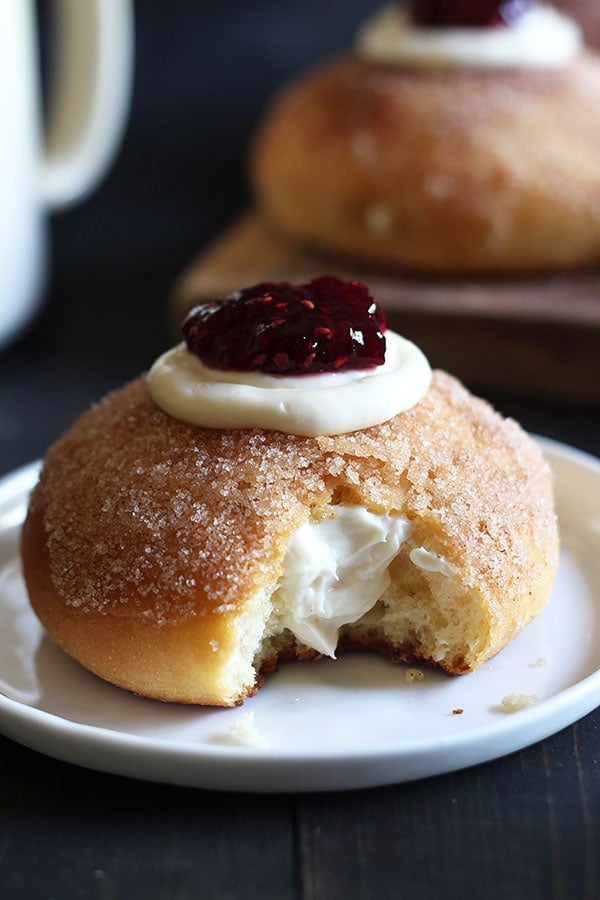 When I’m in the zone and have forgotten to silence my phone, getting a text message feels like a huge invasion. Does anyone else feel this way? Like… I didn’t invite you to have a conversation with me while I’m in the middle of finding out if Jon Snow is alive or dead on Game of Thrones!

But of course, the sender has no idea what you’re doing. It’s all just very weird. But without that kind of technology you might not be reading this post for Cheesecake Stuffed Baked Doughnuts on your phone right now!

I’m guessing you’re on your phone because over 70% of my readers are on a mobile or tablet device. It’s a crazy world we live in. I just hope no texts have interrupted you reading this right now 😉

Whenever possible, I like to include extra tips, tricks, and advice to help you along in the kitchen. I know there’s nothing more frustrating than having a question or getting stuck and not being able to get instant help. So, hopefully these tips answer any questions that might come up!

Even though these are baked doughnuts, there’s no batter involved. Instead, to make these as close to traditional fried doughnuts in taste, texture, and appearance as possible, we’re using a yeast-raised dough. It’s a super rich dough with egg yolks, sugar, butter, AND cream in order to mimic the rich, soft, and fluffy goodness of fried doughnuts.

I use instant yeast in this recipe because it’s so simple and easy and doesn’t need to be proofed. If you don’t have instant yeast, feel free to use the same amount of active dry yeast. Simple add it to the warm water and let it proof for 5 minutes before proceeding with the recipe.

Enriched doughs like this one may take longer to knead and rise, FYI. This dough is pretty sticky which helps the final doughnuts maintain and fluffy and light texture. Avoid adding too much extra flour or your doughnuts may become dense and heavy.

Also, since these doughnuts don’t have holes, you don’t need to worry about using a doughnut cutter or making one from two cookie cutters. One round cookie cutter does the trick here!

Just a few ingredients makes up the cream cheese filling in this recipe. Feel free to add additional powdered sugar for a sweeter taste, if you prefer. I also like to top these doughnuts off with raspberry jam to give them a beautiful appearance and add a fruity fresh flavor. You can swap out raspberry for your favorite jam, or omit this step altogether.

The finished doughnuts are best served the day they’re made. The dough can be made and allowed to rise slowly overnight in the fridge if you need to make this recipe ahead of time.

For the cheesecake filling: