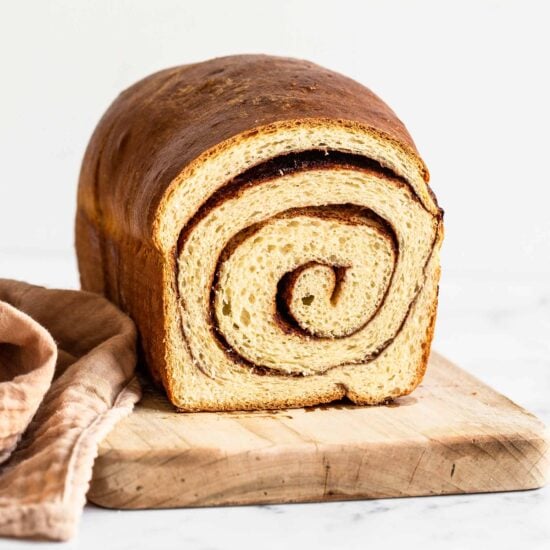 Homemade yeast-raised Cinnamon Swirl Bread features soft and fluffy bread with thick swirls of sweet cinnamon. Each slice makes for the most amazing morning toast or better yet, use to make French toast for a special occasion!

Taste: Like a slightly less rich cinnamon roll!
Texture: The bread is soft and fluffy and toasts up beautifully.
Ease: Totally doable, but more of a weekend baking project.
Pros: Beautiful and comforting recipe you can freeze.
Cons: None!
Would I make this again? I already have. It’s a favorite! 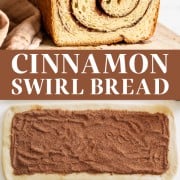 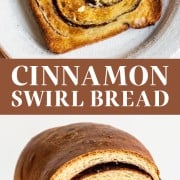 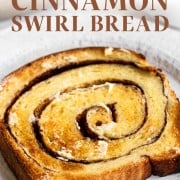 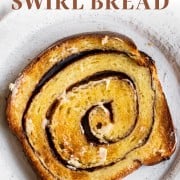 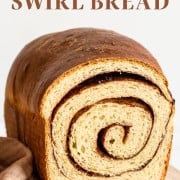 Homemade bread will forever and always be the definition of comfort food to me.

Take a super easy homemade bread dough, add cinnamon and sugar, and make it easy enough to toast every morning for breakfast? That’s the only way I want to wake up.

This bread dough is a dream to work with. Super soft, supple, and pliable. It comes together in a snap.

You don’t need to be a master at working with yeast to bake this recipe. I promise!

I’ve included a bunch of homemade bread baking tips below to ensure your success in the kitchen.

This is a super fun recipe to make with little ones, too. I find the transformation of simple ingredients like flour, yeast, and liquid into an amazing tall loaf of aromatic bread to be a magical one. It’s almost meditative!

How to Make Cinnamon Swirl Bread

Active Dry and Instant Yeast can be used interchangeably!

I like to use Instant Yeast (also called “rapid-rising” or “fast-acting”) because it can cut the dough rising time by as much as 50% and can be added straight in with the dry ingredients. No proofing is required. ⁠

Active dry yeast can actually be added directly in with the dry ingredients (like instant yeast) as long as the liquids are warm. However, proofing active dry yeast can be worth the extra step because it will work more quickly and effectively.⁠

Whatever you do, just make sure your water isn’t TOO hot which can kill your yeast.

I like to use a metal loaf pan for baking Cinnamon Swirl Bread. They heat up and cool down quickly. Whatever you do, make sure you’re using a 9 by 5-inch loaf pan.

Anything smaller and you’ll have too much dough which will balloon over the top and sides of your pan.

If you’re using a glass or ceramic pan, reduce the oven temperature to 325°F and extend the baking time by about 10 to 15 minutes.

How to Roll Cinnamon Swirl Bread

Be sure to roll a very tight coil. Do this by stretching the dough slightly towards you as you roll up and around. This will allow the dough to rise and keep its beautiful shape. Pinch and seal the log once you’re done rolling and place it seam side down in the pan. The dough is very easy to work with so you shouldn’t need much additional flour.

How to Prevent Cinnamon Swirl Bread from Separating

The first time I made this recipe the swirls completely separated from each layer. In researching how to prevent this, I found a tip by Cooks Illustrated. Very lightly misting the cinnamon sugar with water after sprinkling on the dough helps to prevent major separation. You don’t want to use too much water, though, otherwise the filling will leak out.

How to Store Cinnamon Swirl Bread

Store the bread in a plastic bag at room temperature for up to 5 days. You can also slice and freeze the bread for toast.

How to Serve Cinnamon Swirl Bread

If making toast, you can toast frozen slices directly from the freezer. The bread is delicious with butter, but also with cream cheese!

How to Make French Toast with Cinnamon Swirl Bread

This bread makes AMAZING French toast! Use my favorite French toast recipe here, being sure to include the ‘drying out’ step in the directions to avoid soggy cinnamon swirl French toast.

How to make
Cinnamon Swirl Bread 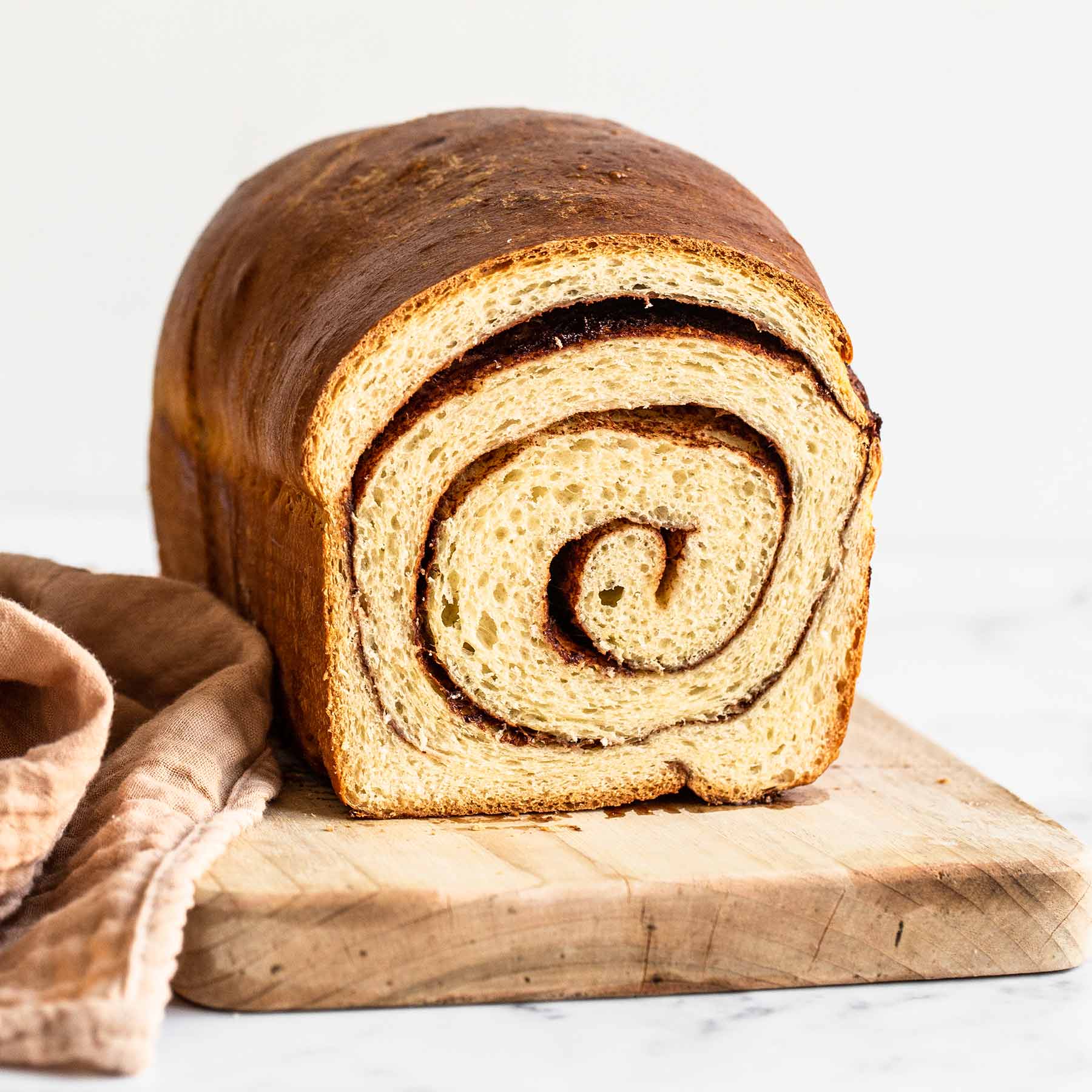 Homemade yeast-raised Cinnamon Swirl Bread features soft and fluffy bread with thick swirls of sweet cinnamon. Each slice makes for the most amazing morning toast or better yet, use to make French toast for a special occasion!

For the cinnamon swirl:

For the egg wash: