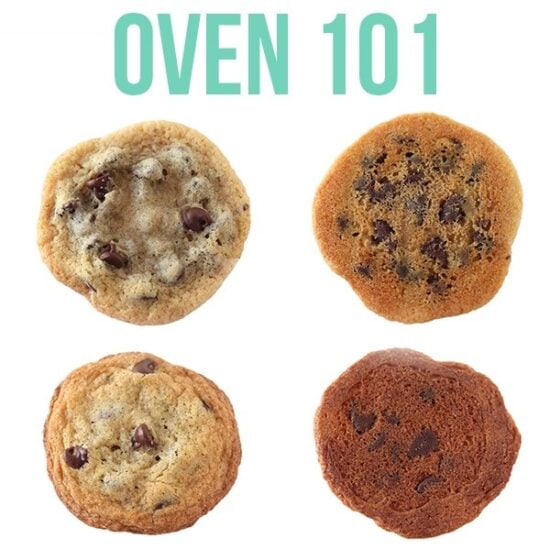 Filed Under: How To | Videos

Oven 101: What You NEED to Know to be successful when you bake something in the oven. Including temperature and how most ovens are inaccurate, the surprising effect of rack placement, and the exact differences between conventional vs. convection. Side-by-side photo comparisons and an explanatory video included!

Since I get asked so many ‘what went wrong’ questions I’m continuing on with this Baking Basics series in the hopes that it’ll help you guys become more confident and knowledgable in the kitchen. Less fails, more deliciousness. That’s my motto! So today is all about Oven 101. Not the sexiest topic but filled with things you’ll probably be surprised to learn. Plus I’m using COOKIES to illustrate my points and to make you just a little hungry. 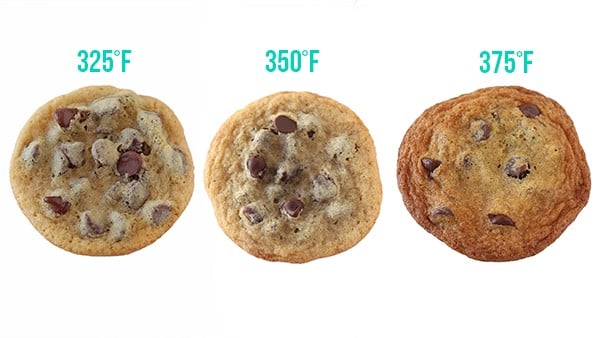 An oven thermometer is a necessity to make sure your oven is heating correctly. Many home ovens are off by 15 degrees, some by even 25 degrees or more! I’ve never had a home oven be 100% accurate. In fact, our new oven often tells me it’s preheated to the temperature I specified when it’s actually at least 20 degrees cooler.

It may not seem like a big difference but baking at the wrong temperature can significantly change your final product. I’m using cookies in this video as an example because it’s so easy to see the differences, but the same is true for just about anything you’re baking. 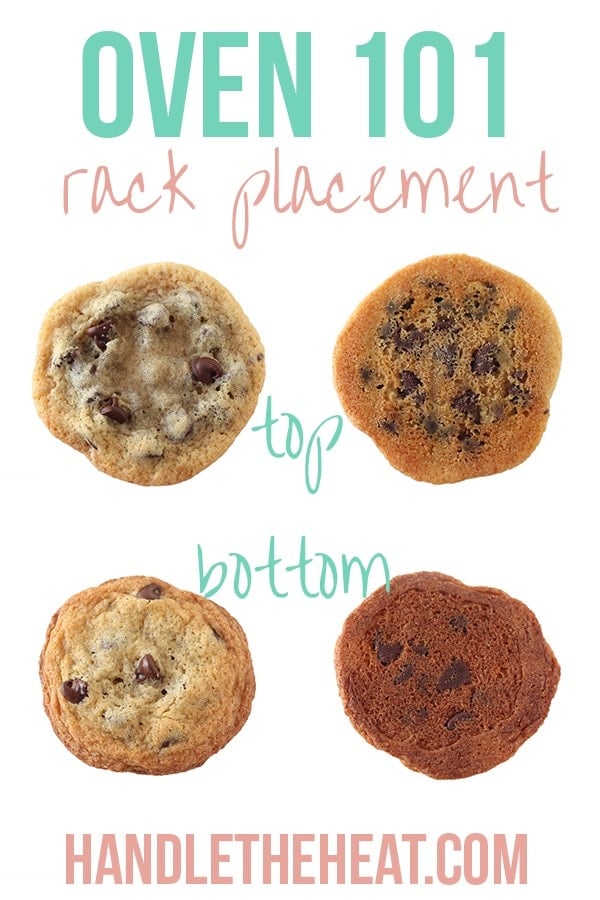 The position of your oven rack can also have a surprising impact on your cookies. Some recipes will specifically tell you where to position your oven rack, but most of the time it should be in the middle. Why? This is where the heat will be most even.

The same effect can occur when you’re baking multiple dishes at once. The other baking pans can block the heat from moving around freely and screw up the way the product is baked and browned. If you can, try to bake off one batch of anything at a time instead of doing multiple pans at a time. 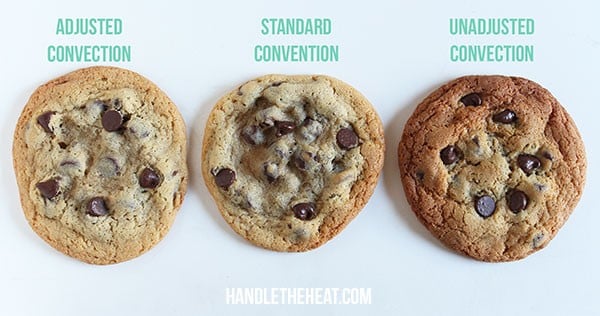 Unlike a conventional oven, which is the standard here in the U.S., a convection oven has a fan inside and an exhaust system that helps to circulate the hot air. This allows the oven to heat more quickly and evenly, and to bake more quickly and evenly. It’s more energy efficient and can even lead to better browning since the blowing air creates a drier environment. It bakes so much more evenly that you don’t actually need to rotate your baking trays.

Convection is great for savory preparations like roasts or anything that is covered like a braise or casserole. It’s can be food for cookies, pies, and pastries IF you make the proper adjustments (below). It’s NOT good for delicate foods like custards, soufflés, cakes, and quickbreads.

If you’re using the convection (fan) setting in a recipe that doesn’t specifically call for it, be sure to drop the temperature 25°F. Also begin to check for doneness earlier, at least 2/3 or 3/4 of the way through the recommended baking time.